Today I will talk a little bit about heating solutions for my garage 120v. Now, you probably know that I haven’t needed heat because I lived in Arizona. When I moved to Colorado, I had my work cut out for me. I really had to do a lot of research to get to know what the current options are and which option is best for me in this certain situation. That is why, thought to share some of that information with you, because there’s a lot of options.

For a start is forced air heaters that run on gas, or propane, natural gas, kerosene, or diesel. These are very effective, but do require a gas supply, an exhaust, and a clean air intake and a sealed combustion chamber in order to prevent any major issues from the presence of wood dust or finishing fumes in the air. Then is forced air electric heaters. They have a similar concept to the gas versions but these units rely solely on electricity to produce heat. It is easy to install it but there is an evident drawback such as the increased electric bill. 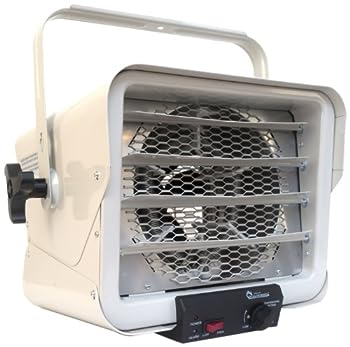 As to the infrared tube heat, I was sure that this option was good for me for the first couple of days of my research period. It has an enclosed combustion chamber, does not do much noise, and does not blow any air around the shop. The infrared energy, just like the sun, is unique in that it warms the bodies and objects instead of warming the air. In actual fact, you can stand in front of one of these just after turning it on and feel the heat on your skin right away. But the more research I did, the more I realized that this might not be a good solution for me.

First, the tubes are large and have to cover a fairly significant area of the shop to be effective. Second, this type of heat can lead to hot and cold spots. At least while it is bringing the room up to temperature, you could easily have a hot face and cold feet. However, those who have these units installed seem to love them, and so your mileage may vary. 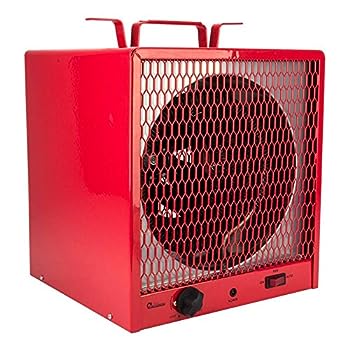 More about Pros and Cons

Another option is ductless mini-split heat pumps. Now this one is nearest and dearest to my heart since I have been running these in Arizona for the past five to six years, though I can count on one hand the number of times that I have actually used the heat setting. The units consist of an indoor head unit and an outside compressor unit that blows cold or warm air into the space. It is very efficient and really quiet. As a heater, they are not very aggressive and they will not work very well when the temperature drops below a certain point.

How about wood stoves and pellet? These are apparently the most old-school option, and you can just drop a big old oven in the shop and begin burning stuff. Of course, you need to exhaust it as well. These things can really crank out the heat, but you do have to have a great supply of fuel. If you worry about kids or pets, it could be a big safety issue. Moreover, there could be code ramifications and insurance to install something like this in a residential garage space.

Then is radiant in-floor heating. I should admit after all of my research that it is effective and comfortable heating. It pumps warm water through tubes in the floor. The system heats the whole space from below, without any high temperature heat sources. But the installation prior to pouring the slab is required. 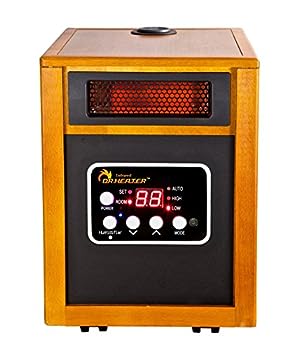 In my opinion it is the best solution but it is not practical at the moment because it may be installed in a new subfloor on to pf the slab, and it is far away for me. Of course, there are other options available to woodworkers, but these options are the most popular and accessible. What did I do? Well, I chose the easiest thing first. I got a Mitsubishi mini-split ductless heat pump. We should see how it works after the installation. The size was not quite fit the space but I figured that it would be decent. And I could add a supplemental heater to increase the temperature, and let the mini-split keep it up to temperature.

The main issue was the installation. We had to put the compressor on the front porch for the installation. As it was planned for the business, I had to do it. However, it was not a good idea and we just wasted our time and money because it was not good for that porch. So we had to reinstall it again. However, the compressor may be installed in another place and it needed even more work and more money because it is further away and the concrete work would be needed for tubes and the power for the compressor. 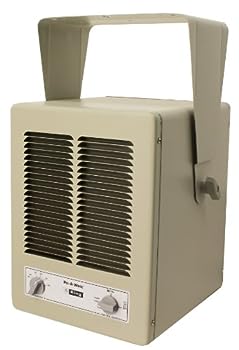 But there is always the plan B. It was a gas-powered forced air unit. At first sight, it was easy to install. The representatives of the HVAC company to estimate the situation, and they said that it would take much work to connect the gas line properly to the unit. Another great problem. The garage was not so close, so that the vent would go out toward the front of the house, near the front porch. Of course, I did not want to repeat that situation that I had with mini-split. And the bill was over $5,000.

So, I decided to contact different contractors to get to know about their prices. But I trusted this HVAC representative because he also worked on this house. But we had a real problem which was cost-prohibitive.

So, I decided to move to the next option – forced air electric. Now, the drawback is power costs a lot of money, isn’t it? And my electric bill will definitely go up. But due to the installed units, my shop would be warmed up, and I can actually work to earn money for the bill payment. I think this is a good solution for now.

What do I have here? The company Fahrenheat made two different models I have. The one is 7,500 watts. What a power! And the second is 5,000. Now, they are adjustable to different wattages. So, I think the 5,000 could be dropped down to 2,500, and the 7,500 could be adjusted for 3,750 watts depending on your needs. I called an electrician, wire it up for me just to make sure it’s safe. And they were hung in such a way to create a circular pattern of air around the shop, and their work is unison.

The high is about 11 feet to the ceiling, so I had to use ceiling fans to push down the air otherwise a lot of the heat would be kept in a pocket at the ceiling. The air mixing is not necessary. But even now, it works pretty very well. The cost for these, about 400 for the 7,500 watt unit costed about 400, and the another one was 250. 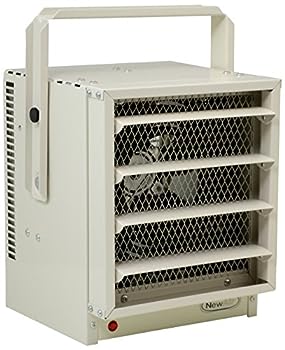 Therefore I helped electrician to save money because why not to help people in my house if it saved me some money? It is reasonable, right? The total investment for the installation and units was about $1,500. I like these two units. Now the first thing I do in the morning is turning them on. It does not matter what the temperature is currently in the shop, the cozy working temperature will be in 45 minutes, one hour. I can say that in 15 minutes I can take off jacket because it gets worm. So the annoying thing for me is climbing up the ladder to reach the thermostats.

However, I found information that the external thermostat may be used, and I could use it down the wall, without any ladders. A shut-off is not used at the unit. I can easily reach the circuit breaker and shut it off.

When we discussed about the different types of heaters, about infrared one to warm all the objects first and then the air. You may wonder if I open a garage door, how much cold air comes in? How much hot air do I lose? I cannot count it but I open it quickly, get into my car, close it, and do it that again 15 minutes later, I think it does not have any sort of impact that I can feel. Of course, air will be exchanged. 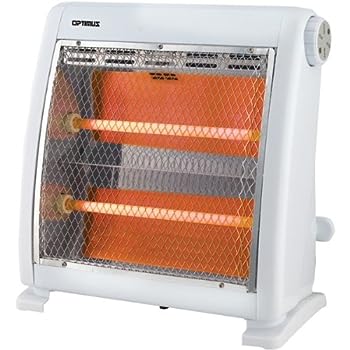 It will be problematic if the door is open for a long period. For me, it is not a problem to open the door quickly and then put it down. In fact, opening the door will not cool everything down right away because the walls are warm, the floor is warmer, and the tools are warm. It is just a garage, and just a shop. We should not be too strict to it.

What about the electric bill? These things have not run long enough to give you perspective, and I will inform you when we receive the first bill. But the heater was the primary thing because if I didn’t not do it, I would not make money, I could not work. So you can just analyze it and see the benefits. Next time I will probably have new lights. And we will discuss the installation. 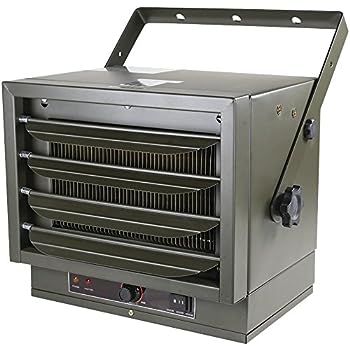 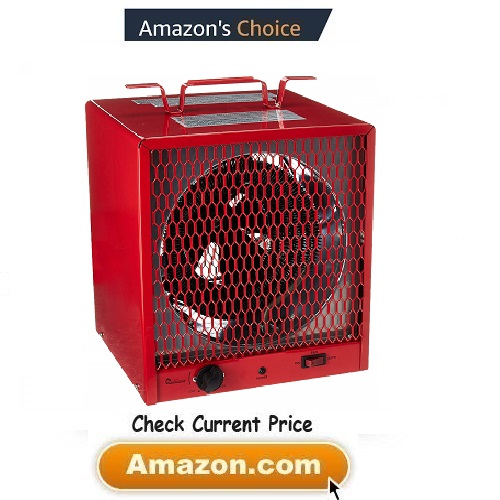